If you've been following along, you know I've recently joined and helped open a new coop gallery in South Asheville: Echo Gallery at Biltmore Park. While we're open for business (2-8 Thu - Sat, 1-6 Sun and by appt), we're still putting things together, adding more work, adding new members, planning guest artists, etc. Biltmore Park, where we're located, will be throwing us a Grand Opening party on October 23 (more on that later!).
Friday is my day in the gallery, and while I have a quiet moment before the dinner crowd comes by, I thought I'd toss out a quick intro of my gallery-mates. If you haven't made it by yet, of course I'd love to see you when I'm there (come by for a rare chance to see me out of my clay-covered clothes!), but any time you come, you'll be greeted by a member artist, so come on by!
Genie Maples is a painter and has her studio in the River District: 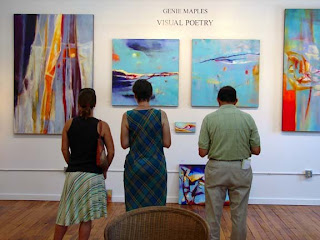 works by Genie Maples, and admirers of the same, in her studio 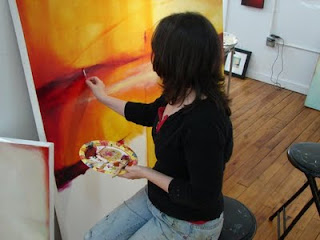 Genie, working in her studio
Barbara Fisher also paints, and also has her studio in the River District: 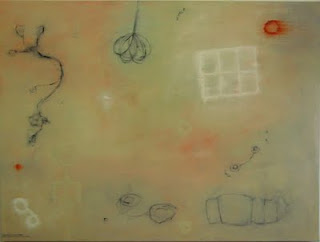 one of Barbara's newer works 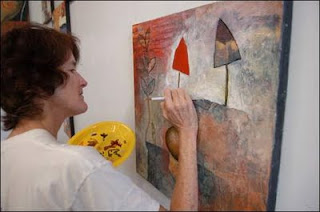 Barbara Fisher, at it...
Laurie McCarriar is an art photographer, who just got back from Ireland, by the way! 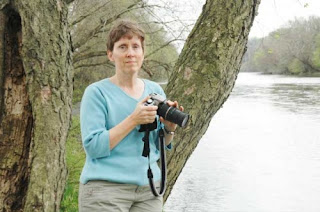 Laurie may have the nicest 'studio' of us all!

perhaps not Ireland - you'll have to check her site to see when she posts those pictures!
Susan Webb Lee is a textile artist who makes amazing quilts: 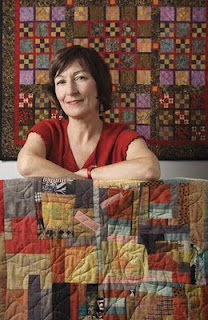 Susan, with her work 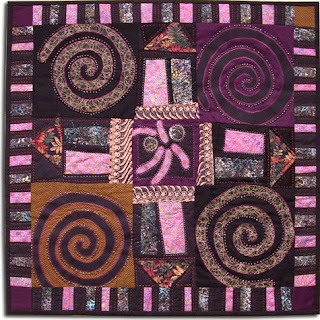 'No Direction Home'
Anna Koloseike is a ceramic sculptor who ALSO has a studio in the River District! 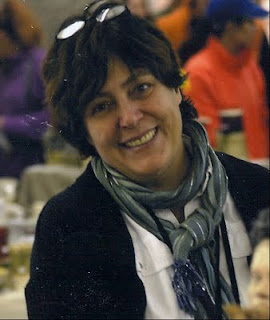 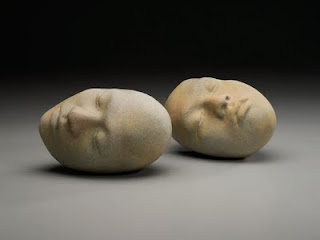 'Sleeping Stones'
And then of course there's me... 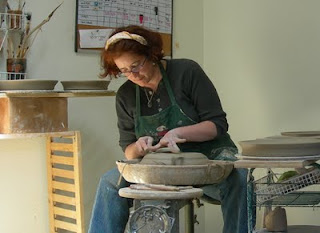 in my happy place... 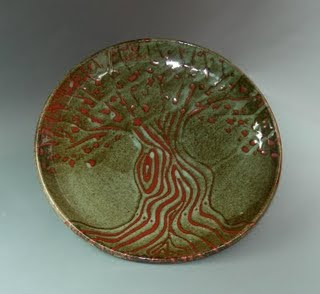 part of the 'trees' series - hopefully some
decent pictures will be taken of the new work soon!
Posted by CGS at 4:02 PM