where does she get it?

A friend recently told me she thought I had great courage to be 'following my dream' with such confidence and conviction. I've often said that I now dangle much further out on a limb, yet it doesn't feel half as scary as other times in my life when I've been in a much more 'safe' position.

I always chuckle at the 'courage' part, then again, I know other people I say the same thing about, so I guess it's all a matter of perspective. 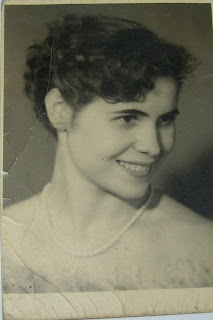 But speaking of courage...how much do you need to have to be... say 21 or 22 to go after a job in an environment where you don't even speak the language. Where you actually, through an interpreter, talk your boss into hiring you to give you the chance to learn the language, and he does it? And then not much later, you're venturing far from home and family, in your new married life to a completely foreign land, still struggling with the language, but managing to run a household for the first time while you learn language and culture. And then later still, when you find yourself a single mom, working one job where you're one of the most successful sales associates all while being the only female sales associate (this is back in the 70's when it was considered notable)...and you own and run your own business. There are more stories like this, and I've only gotten the perspective as an adult to look back over my mother's life with the awe and admiration of one who has, by comparison, relatively small struggles.

Even she has voiced admiration for me following my own path, and if I'm the fortunate girl I think myself to be, then I got some of this confidence and conviction from my dear mom. And she continues to inspire - today on Mother's Day she and my step-dad will be crewing on a Coast Guard Auxilliary watch boat. Happy Mother's Day, Mom! I wish you sunny skies and smooth sailing today - I love you! 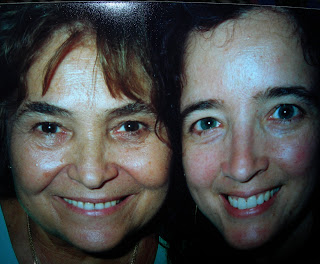 ps - and while I'm at it, my sister has had her own brave moments to be sure, and I hope she's having a lovely Mother's Day too! xoxo
Posted by CGS at 6:40 PM