firing fun and some results 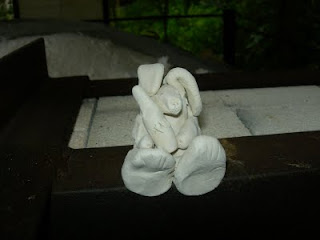 Fred Jr., my reduction kiln god
The week has been something of a blur, but I finally found the camera again and got a few shots from the firing. Hopefully I'll get more tomorrow when I take pieces to the gallery, and with any luck by the next firing cycle I'll be able to take work to a much more qualified photographer!

So this cycle I was able to dedicate three whole days to glazing, closing the studio for Labor Day (a more aptly named 'holiday' there never was!). This was a very good thing, as it allowed me time to take breaks but still not rush through the process. Most of this load involved the 'tree' pattern that I've been working on for multiple commission clients and now for the gallery, so not only time for the brush work, but since it's wax resist, time to let the wax dry. 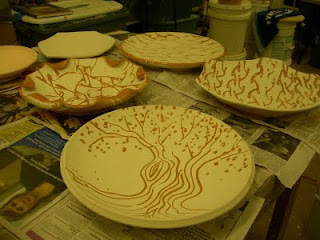 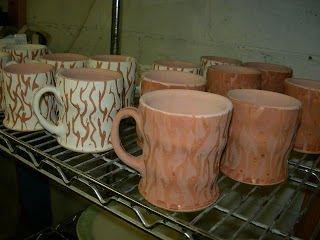 My friend Eric called as I was getting ready to move work over to the glaze studio and asked if he could sneak in a firing, so that gave me another excuse to take some breaks, while he was loading and then unloading. It also meant I could hop up to Fork Mountain Pottery to see the Soda Chicks show. One of their visiting artists, Robert Briscoe, gave a demonstration workshop at Hinckley Pottery in DC back when I just started my pottery classes, and it was an impression that still holds today. I use one of his bowls I purchased at that workshop almost daily, and it was a great pleasure to be able to chat with him, share 'weirdo' reminiscences and pick up another couple of pieces that will certainly have daily use (the coffee mug is already in regular service). As well, he and Suze Lindsay very generously and graciously offered up bowls for the Empty Bowls collector's corner (event on October 16, get there early if you want a shot at either of these beauties!). It was the perfect break on the last day of glazing and before the load, and made me feel like I had an itty bitty weekend of sorts for myself. 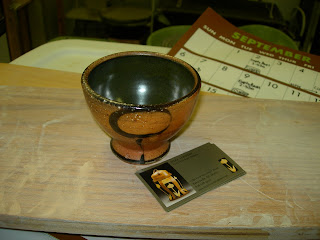 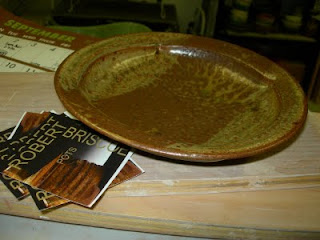 Back at the studio, the final glazing leg went smoothly, and in spite of borrowed plate setters and using several smaller shelves and pieces as make-shift plate setters, I still could've used more shelves. But the load was going so well, I gave myself time to breeze through the Lexington Ave Fest, quickly visiting exhibiting friends and running through the ChoLo to get a piece of awesome chocolate cake that I would save as a reward once the kiln was candled.

Got almost everything in the load, but it was a much tighter load than I prefer, and once again there were several orphaned pieces that had to get gently wrapped and stowed for the next firing. 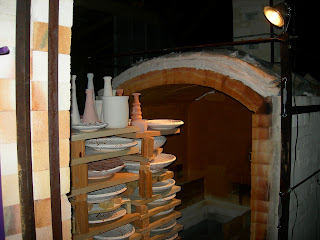 Ah - finished loading and it's only midnight! The three previous nights had gone till almost 2am in glazing, so it was a real treat to finish early and it made the prospect of starting the fire at 7am seem easy as pie. But wait...just when you think it's time to break open the chocolate cake reward, one of the pilots won't stay lit without holding the button in. The button, that seems to be boring a hole into the base of my palm while I hold it for 1 minute, then 5, then 10 ... then again, and again, and again...and then suddenly, it's 2am and both hands are numb and the pilot still has no action. Fine. Out comes the handy c-clamp, because 2am after three days of 2am is no time to make a rational decision on how to get the kiln lit. At least it can candle for a few hours while I grab some rest. 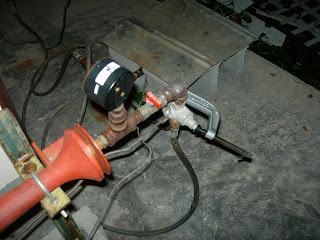 c-clamp is my best friend

Which, in hindsight, brings to mind that perhaps eating a large slice of oh-so-good chocolate cake while highly agitated at 2am is not the best decision for sound sleep. I did manage to nod off and had some very odd dreams before hopping up again at 6:30.

4 hours of forced warming was not enough to lull the thermocouple into working, so now it had to be dealt with. Phone calls, internet searches for avialable vendors (remember dear readers, it's Labor Day!), attempts by resourceful neighbors to trick the thermocouple back to work, more phone calls, a visit to Roots where my theory that the universe was in turmoil was confirmed with the news of a break-in, finally over to Clingman for coffee just in time for the first crash, and by early afternoon fabulous kiln-owner Laura had scored a replacement thermocouple from Gary, who built the kiln. So 6 or 7 hours later than intended, we got the burner lit! 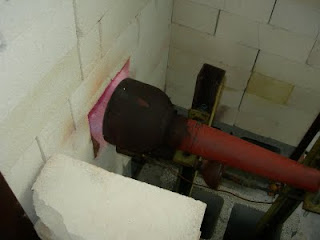 Such a happy sight, and nothing left to do but clean the studio, do the turn ups, get into reduction and not fall asleep beyond regular kiln checks. 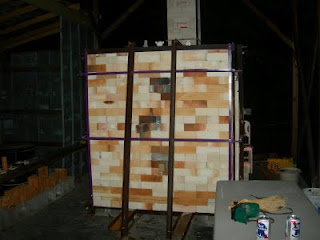 and check out the newly rebuilt kiln door,
very sporty with purple supports!

Since the kiln started and thus ended much later than the normal schedule, it was a good thing that I had a gallery meeting in the morning and then the Empty Bowls class in the early afternoon on the day of the unload. Even by 5:30pm, it was still pretty hot when we cracked it, so I took the pup for a walk and let it cool off a bit.

A few images from the load - I delivered much of the commission work before the camera was found, and much of what's left is headed to the gallery. More pictures soon of work in place, and stay tuned for more news on the gallery in a separate post (or follow the link to the right!). Now sorting for the 2nd Saturday Market and OrganicFest this weekend, and starting the next throwing cycle tomorrow. 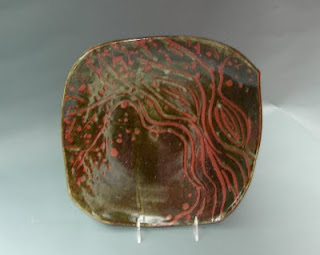 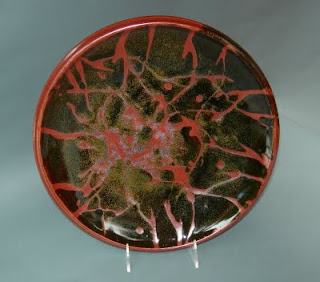 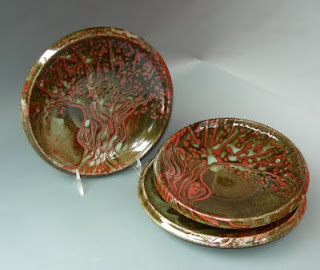 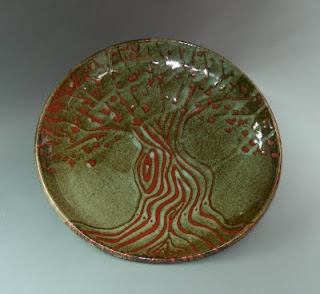 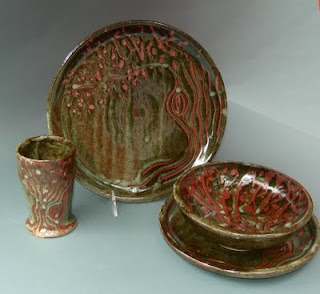 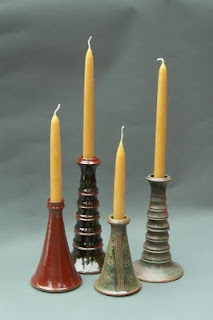